Tiger's Sled is the seventh episode of Season 3.

Tiger gets a new sled, so Kipper and Tiger go for a ride. Unfortunately, his sled crashed at the bottom of the slide. 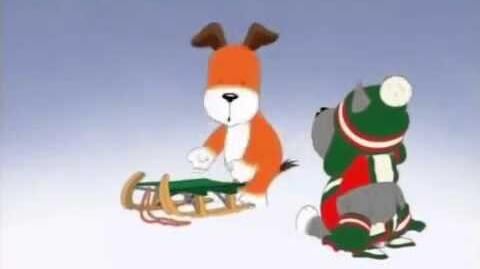 Retrieved from "https://kipperthedog.fandom.com/wiki/Tiger%27s_Sled?oldid=15375"
Community content is available under CC-BY-SA unless otherwise noted.