Tiger's Rocket is the second episode of Season 5.

One day, Kipper was playing when Tiger called him on the phone and was excited about something and wanted Kipper to come. When Kipper arrived Tiger pulled him inside he was so excited to see his rocket waiting weeks to be delivered and asked Kipper to help. Tiger went over the instructions but was frustrated that it looked complicated Kipper took a look until he got it. Soon the rocket was fully organized Tiger was so excited then wondered where they could launch it Kipper suggested big hill Tiger happily agreed. By then Tiger was about ready but Kipper thought something's missing so when home to find it Tiger told him to be quick or he'll start without him. It took a while for Kipper to come back until found out what was missing an astronaut every rocket needs an astronaut Tiger didn't seem to happy with Sock Thing as an astronaut on his rocket. Kipper and Tiger on the slide were ready for take-off they counted down from ten to one but the rocket didn't blast off. Kipper thought the button was stuck Tiger thought he was right, so they tried again they counted down to one but still the rocket didn't blast off. Kipper thought the rocket wasn't build properly, but Tiger angrily suggested it's a silly dud and he set off complaining about the broken rocket. Kipper then saw the problem the thing wasn't pulled up he tried to tell Tiger, but then he dropped the controller and Tiger's rocket blasted off making Tiger jump. Kipper was amazed but Tiger was very astounded at last his rocket was launched, however it takes a while for it to come back so they when to see Pig. They found him and Arnold feeding the ducks Tiger told them about the rocket they launched Pig laughed but Kipper said it was all true Tiger said it was like a dream. Though Pig told him if the rocket would come back Arnold saw something falling in the sky everyone saw this too. It was Tiger's rocket and Sock Thing coming like it was a dream, now that Pig believed them he and Arnold wanted to see Tiger launched the rocket from big hill again. Pig excitedly asked Tiger if he could press the button though Tiger thought he could do something else. 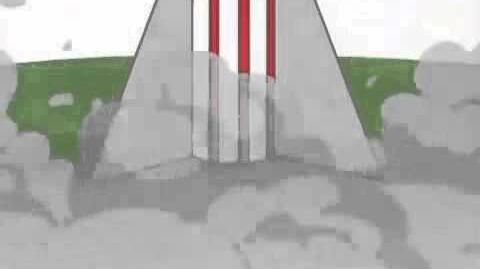 Retrieved from "https://kipperthedog.fandom.com/wiki/Tiger%27s_Rocket?oldid=15338"
Community content is available under CC-BY-SA unless otherwise noted.