The Magnifying Glass is the eighth episode of Season 2.

Meanwhile, Pig and Arnold are off to the swings, but Arnold wanders off into the field. As Pig gets to the swing set, he wonders where Arnold is, and goes to look for him. 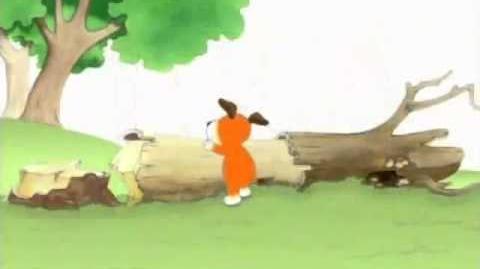 This article is a stub. You can help Kipper the Dog Wiki by expanding it.

Retrieved from "https://kipperthedog.fandom.com/wiki/The_Magnifying_Glass?oldid=15139"
Community content is available under CC-BY-SA unless otherwise noted.