The Little Ghost is the sixth episode of the second season dedicated to Halloween.

A ghost visits Kipper's house, but he's not very scary, much to the ghost's dismay. But Kipper teaches him to be scary after a meal of biscuits. But, Kipper is ghost! Later, Tiger comes into Kipper's house and he gets spooked by the ghost after he hears the ghost moving objects. Then, the ghost realizes that he is scary after all. Happy Halloween! 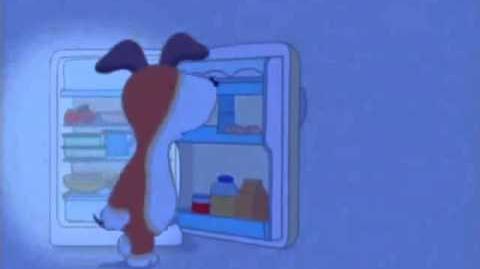 Retrieved from "https://kipperthedog.fandom.com/wiki/The_Little_Ghost?oldid=15288"
Community content is available under CC-BY-SA unless otherwise noted.