Hedgehog Watch
The Costume Party is the seventh episode of the fifth season.

It's Halloween, and Tiger is holding a costume party and Kipper can't decide what to wear. Kipper decides to wear his Indian chief suit but it's too old. He tries on several different costumes, but isn't satisfied with them. Also, the invitation states that no one can dress as a pirate.

Kipper tries asks Pig for advice on a costume, but Pig is too late in picking up the phone due him not being able to balance with his floppy clown shoes. Pig also tries to clarify to Arnold that his costume isn't a hat, it's a duck's bill. Pig is sure his costume will the prize for the best costume.

Meanwhile, Kipper is still trying to see what costume he can wear. Then, he gets an idea: make his own costume. Kipper makes own superhero costume: Wonder Kipper, the super dog. Kipper, Pig, and Arnold arrive at the party and Tiger welcomes them into his house, dressed as a pirate. Everyone is still waiting for Jake, until Tiger says they have waited long enough and the prize will have to be presented without him. Pig told Tiger he's costume is great but he fell over then it was time to present the prize. However, just as Tiger is about to announce the winner, the doorbell rings. Kipper thought it was Jake when he and Tiger went to the door. Pig asked him who's the winner. When Tiger opens the door, he and Kipper see Jake dressed as... a fairy. Once Jake is in the house, Tiger once again announces on who he thinks has the prize for the best costume.

The winner is Jake, leaving Pig speechless. The prize is a cake and everyone cheers, even Pig, who is not so shocked anymore about Jake winning. Everyone gets a piece of cake and Kipper says to Pig that they've all won the prize. Tiger then says that there are party games and everyone follows him. Jake suggested they play blum men bluff then Kipper said they should play musical chairs Pig tried to follow then but he fell down, because of his clown shoes, with cake all over his mouth. Everyone laughs, even Pig who slurped up the cake frosting. 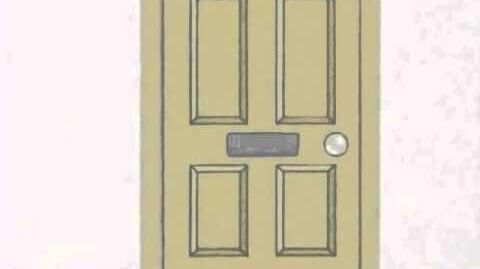 Retrieved from "https://kipperthedog.fandom.com/wiki/The_Costume_Party?oldid=15341"
Community content is available under CC-BY-SA unless otherwise noted.