The Butterfly is the seventh episode of the first season.

Kipper is playing at the park and he sees a blue butterfly, he decides to chase it and he wants it to stay still on his finger. Later, he sees Pig is licking a purple lollipop, and he sees that his tongue looks purple. So, Kipper goes home to paint two colors that make purple (blue and red), he forms it into a cone and he puts it on Pig so the butterfly will land on it, and it works. Then, Kipper decides that it is best to leave nature alone, so he lets the butterfly fly away. 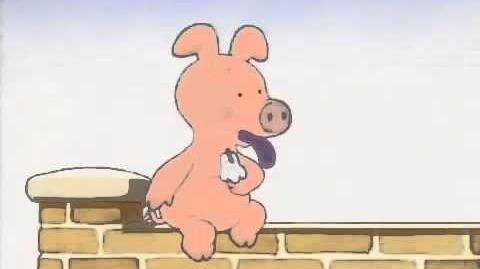 Retrieved from "https://kipperthedog.fandom.com/wiki/The_Butterfly?oldid=15283"
Community content is available under CC-BY-SA unless otherwise noted.