Pig's Shop is the fifth episode of Season 5.

Pig opens a candy shop, he and Arnold can't resist eating all the candies. Kipper comes by and decides to have some sweets, but he hasn't got any money. All he has is a conker, and he needs it to play conkers with Tiger. Pig strikes a deal with Kipper: if Kipper gets Pig some conkers, Pig will give Kipper a gobstopper, his favourite, for them. Later, Tiger comes by, and Pig explains the candies to him the way he explained to Kipper. Later, Tiger shows up to play conkers with Kipper, the former claiming that he has a champion conker. Tiger's "conker" breaks Kipper's conkers, and Tiger gets nervous when Kipper tells him about his deal with Pig. At Pig's shop, Jake cannot decide what candy to buy, and Pig has a stomach ache from each so much candy. Later, Kipper and Tiger show up with the conkers, but Pig reveals that he already has a lot of conkers. Arnold opens the cash register to reveal that it's full of conkers, and it turns out that Pig struck the same deal with Tiger: Pig gave Tiger a gobstopper for them. That's when Kipper realizes that Tiger has been cheating the whole time: The fraud's "champion conker" is a gobstopper. Pig gives Jake a lemon fizzer, and Kipper takes over the shop for him. 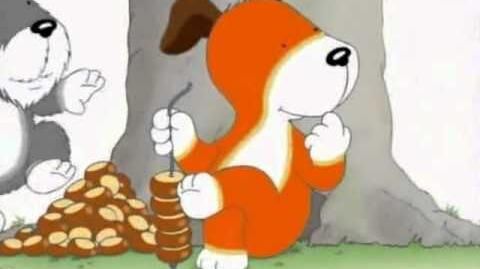 Retrieved from "https://kipperthedog.fandom.com/wiki/Pig%27s_Shop?oldid=15323"
Community content is available under CC-BY-SA unless otherwise noted.