Looking After Arnold is the fifth episode of Season 4.

Pig asked Kipper to look after Arnold. Kipper asked Pig if he like a drink he did then left. Kipper asked Arnold if he was tired but he shook his head and said no so Kipper decided to make a house. Kipper showed Arnold his toys Mr. Snake, Big Owl, and Sock Thing, then Arnold decided to play railway. Once playing Kipper was growing tired he asked Arnold if he was tired but he wasn't so they decided to go to the park but Arnold went down Big Hill then they played on the swing. When they got home they had cake. Kipper felt really tired now and didn't know what to play. Pig then came to pick up Arnold when they left Kipper went to go to sleep in his basket. 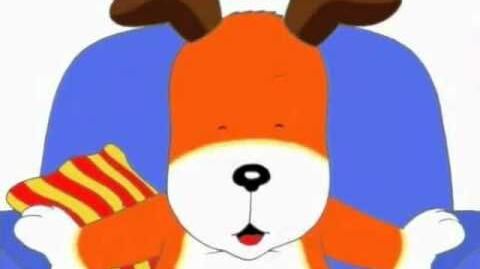 Retrieved from "https://kipperthedog.fandom.com/wiki/Looking_After_Arnold?oldid=15348"
Community content is available under CC-BY-SA unless otherwise noted.