Hide and Seek is the sixth episode of Season 5.

Mouse wants to play hide and seek with Kipper, so Kipper lets Mouse hide first, Kipper looks everywhere, in the cheese and in the box of corn flakes, but Mouse is hiding in sock thing, Kipper finds her and he decides to hide. But Mouse does not know how to count to ten, so he lets Mouse hide again, Kipper nearly knocks over a green vase, he catches it and he sees that Mouse is hiding there, so they both laugh. Kipper then teaches Mouse to count to ten, and he sees if Mouse can remember to count to ten after he hides. First, Kipper hides in his bed he thinks that Mouse will find him there, next he hides under the table but he thinks that she is bound to look under there, then, he hides in a box. Mouse is hopping on the floor and trying to remember to count to ten, but she cannot. She remembers what Kipper told her, and with even more efforts, she counts to six, and then she makes it up to ten, and Kipper jumps out of the box and the two play hide and seek again. 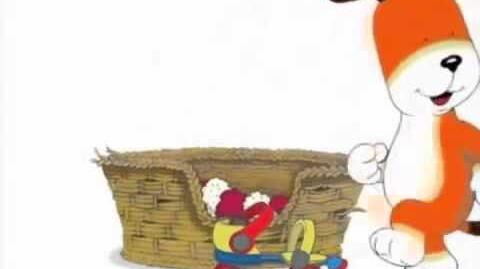 Retrieved from "https://kipperthedog.fandom.com/wiki/Hide_and_Seek?oldid=15301"
Community content is available under CC-BY-SA unless otherwise noted.