Crazy Golf is the eighth episode of Season 4.

Kipper is playing with his bat and bat while Tiger is playing with his golf ball. The golf ball hit Kipper but Tiger had it and just as Kipper was about to explain what his bat and ball is, Tiger told Kipper he's going to play crazy golf with Pig and Arnold. Kipper and Tiger arrived at the golf course. Tiger showed Kipper how to play but the ball didn't go when he hit it light. Kipper tried and did it this made Tiger jealous. Pig and Arnold then arrived Pig asked Tiger if he was having trouble but he said he wasn't. Pig was also able to get his ball in the hole but Pig said Arnold isn't old enough to play so Kipper let play with his bat and ball. Tiger was thrilled the ball in the windmill but it didn't go the other side, Tiger was cross. Pig and Kipper meanwhile are having fun in hole 2, Tiger was still trying to get his ball in the hole. Tiger tried again but it landed in the pond Arnold then had Tiger's golf club. Kipper and Pig are now on hole 3 thinking Tiger's still stuck at the windmill. Kipper and Pig decided to go at the same time then they headed to hole 4. Tiger then found his ball but his golf club wasn't here and he said all he has is Kipper's silly bat and ball. Pig was about to hit the ball but then Arnold hit him and the ball. Pig told Arnold about the golf club Kipper said it was Tiger's. Kipper asked Tiger for another game but this time Tiger decided that crazy golf is silly and was playing with Kipper's bat and ball. 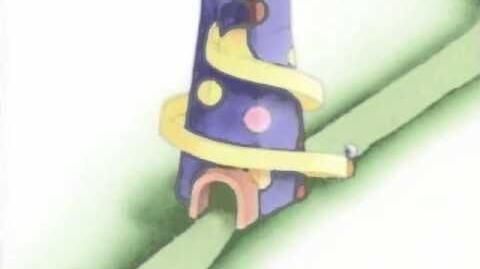 Retrieved from "https://kipperthedog.fandom.com/wiki/Crazy_Golf?oldid=15330"
Community content is available under CC-BY-SA unless otherwise noted.